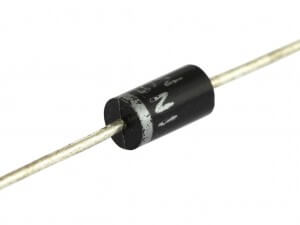 It is a specialized component with two electrodes i.e. anode and cathode and has high resistance to the flow of the current in one direction & low resistance in the other direction. Diodes can be used as oscillators, rectifiers, signal modulators and demodulators, switches, voltage regulators, signal limiters, signal mixers etc.  Let’s have a look at it some basics. 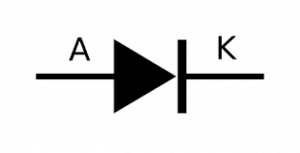 Every diode has two ends: the positive end is known as an anode while the negative end is known as a cathode. As shown in the figure above, the current can flow from the anode end to the cathode end but not the other direction. The circuit symbol of a standard diode is just like a triangle butting up against a line i.e. the terminal entering at the flat edge of the triangle represents the anode. Remember this mnemonic ACID (Anode current in Diode or Anode-cathode is a cathode) if you forget the direction of flow of current through the diode.

The main property of a diode is to conduct electric current in one direction and block current in other direction. When a cathode is positively charged with respect to the anode at a voltage less than the forward break over voltage then it does not conduct current. If it is negatively charged with respect to the anode at a voltage greater than the forward break over, then current flows through the diode. For silicon devices, germanium devices, and selenium devices, the forward break over voltage is approximately six tenth of a volts i.e. 0.6V, 0.3 V, 1V. Sometimes if the cathode voltage is more enough positive relative to anode voltage, then diode starts to conduct and the voltage required to produce this phenomenon are known as avalanche voltage which depends on the nature of the semiconductor material from which the device is fabricated. The avalanche voltage range varies from a few volts to several hundred volts.

When a diode is placed in simple battery bulb circuit, then it will allow or block the current through the bulb, depending on the polarity of the applied voltage. 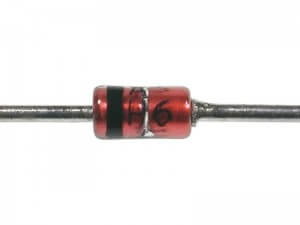 It is a special kind of diode because it conducts current in both directions i.e. in forward direction & reverse direction when the voltage is above the certain value. These diodes are used to protect the circuit from the over voltage especially electrostatic discharge and can be used as voltage regulators for small loads. For its detail like its operation, working principle and applications etc follow this Zener Diode . 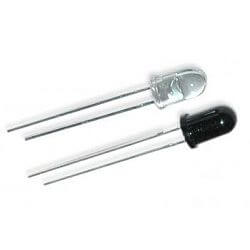 It is a specially designed diode that converts light into a current by capturing the energy from photons of light. To allow light to reach the sensitive part of the device, these diodes may be either exposed or packaged with a window or optical fiber connection. For its detail like its operation, working principle and applications etc follow this Photodiode. 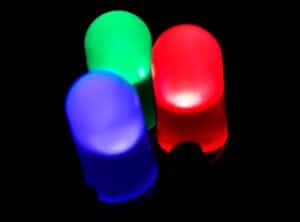 These are the most flashing member of the diode family which emits light when activated. When a suitable voltage is applied to the Led leads, electron starts recombining with holes within the device and starts releasing energy in the form of photons. For electronic devices, LEDs were often used as indicator lamps and replacing the small incandescent bulbs. Light emitting diodes are used in many applications like traffic signals, camera flashes, lighted wallpaper, aviation lightning, automotive headlamps etc. c LED. 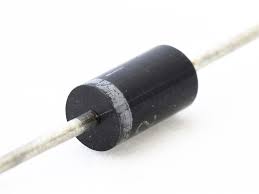 For fast switching action and low forward voltage drop, these types of diodes are preferable. When current flows through any solid state device, a voltage drop occurs across the terminals of the silicon diode is of 0.6V-0.7V while Schottky diode has a voltage drop of 0.15V-0.45V.  Due to lower voltage drop, these diodes provides better system efficiency and higher switching speeds. For its detail like its operation, working principle and applications etc follow this Schottky Diode. 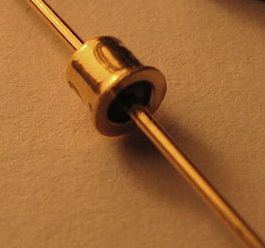 These diodes have negative differential resistance in part of their operating region and are usually made from germanium, gallium arsenide, and silicon materials. These diodes have a heavily doped p-n junction that is about 10 nm wide. It is used in frequency converters and detectors as oscillators, amplifiers and in switching circuits. For its detail like its operation, working principle and applications etc follow this Tunnel Diode .

In electronic devices, diodes have a huge range of uses like from a small signal digital logic circuit to a high voltage power conversion circuit. Following of its applications are: