You have heard many times about the term “Transistors” in your syllabus. And we have got emails from many students and other people to explain it in easy terms. So here we go.

What is a Transistor?

A Transistor is an electronic device used to control the flow of an electric current. These are the miniature brain cells of the computer and are made up of silicon, a chemical element generally found in sand. It consists of three layers of a semiconductor material, each capable of carrying a current. Generally, transistors are found in an enormous variety of electrical devices such as portable stereos, home computer games, pocket calculators etc.

Here we are going to put some shadow on Transistor basics like its history, types etc.

In 1947, Transistors was invented by three American physicists, William B. Shockley, Walter H. Brattain and John Bardeen at the American Telephone and Telegraph Company’s Bell Laboratories and become the key ingredient of all digital circuits.

By the late 1950’s, transistor proved to be a good alternative to the Vacuum tube. Its ultimate features like small size, high reliability, low heat generation and low power consumption made possible a breakthrough in the miniaturization of complex circuitry.

During the 1960s and 70s, transistors were incorporated into integrated circuits, in which an assemblage of components i.e. capacitors, diodes, resistors are formed on a single chip of semiconductor material. A semiconductor is a material made up of germanium and Silicon that always conducts electricity in a semi-enthusiastic way. Its conductivity generally lies between conductor and Insulator.

A Transistor is a three terminal device which comprises of several terms whose meaning is necessary to know. These are called terminology of a transistor. These are as following:

A unipolar junction transistor such as field effect transistors is a three-terminal semiconductor switching device and use only one kind of charge carrier. For silicon controlled rectifier, it is widely used in the triggering circuits. This device has a unique characteristic that when it is triggered, the emitter current increases regeneratively until it is limited by emitter power supply. Due to these characteristics, it is used in a wide variety of applications like triggering circuits, oscillators, saw-tooth generators, timing circuits, pulse generators, phase control, and voltage or current-regulated supplies etc.

Must Read: BJT vs FET

A bipolar junction transistor or BJT is an active device that works as a voltage controlled current source and whose basic action is control of current at one terminal by controlling voltage applied at other two terminals. It is the type of transistors that uses both electron and hole as a charge carrier. Bipolar Junction Transistors are of two types one is NPN and other is PNP, available as individual components, or fabricated in integrated circuits, often in large numbers. The basic function of a BJT is to amplify current. This allows BJTs to be used as amplifiers or switches in wide applications such as electronic equipment i.e. audio amplifiers, mobile phones, computers, industrial control, radio transmitters and Television etc. 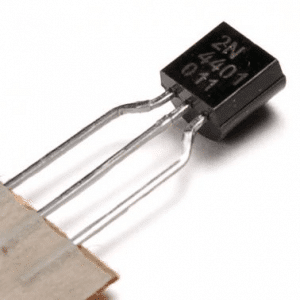