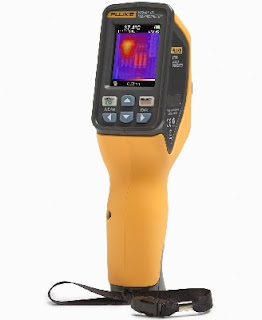 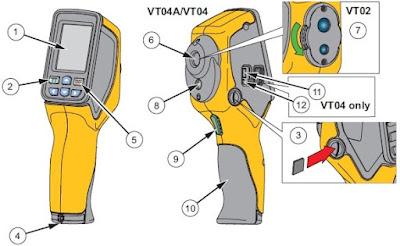 We can directly access two functions from the buttons: Blending, Capture and save.

to adjust the blending from 0% to 100%.The blend options are shown below:

As we know in VT series, the heat map overlay and the visual camera are positioned vertically which will change the vertical parallax with distance to your object. To correct the parallax for near or far distance we are using vertical Image Alignment control.
To toggle a control between a near object or far object you have to push specific buttons as per your need.

The Near and Far icon shows in the upper left of the display in the figure below. 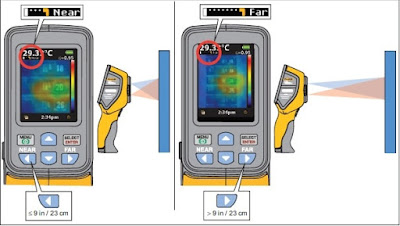 We always welcome your suggestions.